2019 has been the most exciting year for wrestling fans. From the launching a brand that could prove to be WWE’s rival, to the magnificence of New Japan Pro Wrestling’s in-ring competition.

It is not easy at all to choose the top 10 wrestlers of the year from all the major promotions because many wrestlers are at the top of their game.

We have managed to create a list of top 10 wrestlers based on the popularity, influence, ring-based abilities, best matches, and moments that they provided us.

Let us see then:

Kota Ibushi is one of the most loved wrestlers in the entire world. His journey from junior heavyweight to heavyweight is quite remarkable.

In this year’s G1 Climax tournament of the New Japan Pro wrestling, A block winner Kota Ibushi defeated the B block winner Jay white in the finals to claim the title for the first time in his career.

He resigned a lifetime deal with NWJP rather than going with his buddies (young buck, Kenny Omega) in the AEW.

He has been pushed to the moon as he has never been, and in the outcome of that gigantic push are the 5-start death-defying matches that he has been a part of.

Kota Ibushi has scheduled to have the biggest matches of his career for the IWGP heavyweight championship against Kazuchika Okada.

That match will be the very first and well-deserving main event for Kota Ibushi at Wrestle Kingdom 14 in the Tokyo Dome.

Kota has had a great 2019, and he will have a greater 2020 providing he is injury-free because of his feud with Tetsuya Naito this year.

Since Jericho left WWE and joined AEW (in 2019), the wrestling world is on fire.

He was the inaugural and the current AEW heavyweight champion when he defeated the hangman page.

He drew ratings wherever he goes and made a bundle of dollars for himself and his colleagues.

Jericho really has changed the business since that Wrestle kingdom match against Kenny Omega.

That match significantly increased the NJPW wrestling subscription because the star power Jericho carries, and NJPW has looked back since then.

Jericho is a proven money and rating draw. He is a true genius who invented multiple new characters at this age of his career like the Pain maker.

He is one of the top 10 wrestlers of this year without any doubt.

The fiend’s character work is just genius. From firefly fun house to the scary, demonic, sadistic fiend. Bray Wyatt has been at the top of the mountain.
He’s had some bad matches, but he is the most over character among fans in the wrestling industry currently.

He is the top merchandise seller in the biggest wrestling promotion in the world.

The fiend won the WWE universal championship at the crown jewel, and he hasn’t lost a single match this year.

The fiend has brought back those old school scary wrestling figures like the undertaker’s character, and he took it to the next level.

Formerly know “Dean Ambrose” of the WWE waited for his contract to expire, and on 30th April this year, he uploads his “Jon Moxley” transformation video and landed in AEW.

Since leaving WWE, Moxley had an amazing G1 where he had some of the most brutal matches you will ever see, he won IGWP US title.

He had some 5-start matches in AEW. He quickly became one of the most badass wrestlers of the year.

His feud with “Kenny Omega” was brutal and magnificent, and all that screen time, controversies and amazing matches made him one of the most watchable wrestlers in 2019.

6. Adam Cole and the Undisputed Era:

We could’ve just mentioned the undisputed era but had to mention Adam Cole (BAY BAY) separately due to his spectacular rise as an NXT champion, but the entire faction was great.
2019 is simply built around Cole and the rest of the Era. He can easily be “The Guy” in the whole WWE with his specular single matches, and tag matches with his buddies.

Especially the rivalry between “Gargano and Cole” could easily be the rivalry of the year.

And, it is not just Adam Cole, it is the whole faction with Roddy strong be the North American champion, Fish and Kyle as the tag champs, they simply dominated the whole NXT throughout the year.

Despite being the bad guys on screen, fans just love them.

NXT brand is carrying the whole company on its back with matches that can rival the caliber of NJPW’s wrestling.

5. Daniel Bryan:
Daniel Bryan is probably among the top 3 most loved wrestlers of all time. He did unthinkable when he turned heel back in 2018 and took the title form “Aj Styles”.

The beloved Baby’s face and the leader of the “Yes” movement killed the yes movement and turned into the new Daniel Bryan with a viral environmentalist Gimmick along with his intellectual peer “Eric Rowan”.

He bashed the fans around the Arena regularly to create a solid bad guy impression, and those Daniel Bryan segments were must watch each week.

He was involved in a feud with “Kofi Kingston” that ended at WrestleMania in a WWE championship match.
That match not only helped Kofi and his career, but it proved why Daniel Bryan is one of the best wrestlers in the World (babyface or heel).

Nobody can deny that Will Ospreay as a non-WWE wrestler has the best year. Since about 2015, people have been like “how can he get any better”, and every single year, he has just improved exponentially.

Will has pushed the boundaries of what a wrestler really is. Since his match with “Kota Ibushi” at wrestle kingdom 13, Will has been more athletic, strong, high flying, and agile.

Will has produced 5-STAR matches regularly, and not just that, his in-ring may seem a lot dangerous, but it is as safe as “Brett Hart’s” wrestling was.

He may not be as popular as “Brock Lesnar” is, but he is exciting and thrilling to watch.

Cody changed the game when he and his friends started AEW this year. Since he left the WWE, Cody has had the best run of his career in the independent circuit, and in NJPW.

He won multiple championships and was a focal point of independent wrestling along with his all elite wrestling buddies.
He may be the vice president of AEW, but he actively competes in the ring.

His rise as a pure babyface started at “Double of nothing PPV” this year when he fought his brother “Dustin Rhodes” in a classical match.
AEW is currently battling NXT of WWE for the ratings, and both brands are just awesome in terms of pure wrestling. Truth to be told, Cody Rhodes provided pillars to the house that AEW is

Rollins picked up two of the biggest wins in his entire career when he slayed the “beast Brock Lesnar” at WrestleMania 35, and at the Summer Slam in the same year for the Universal title.

Rollins was truly the focal point of Monday Night Raw in the entire 2019 and has the main event most of the shows.

For a couple of years, Rollins has been involved only in the championship feuds, and when fans he grew tired and started to boo him, he turned heel and remain the focal point.

Rollins is very popular among fans because he is the face of the World’s biggest wrestling promotion.

It will be a crime to put someone else on the NO.1 spot because of the roller-coaster of emotions every wrestling fan went through this year.

His solo runs starting from that “Gauntlet match” at Smackdown that went to another level at WrestleMania. It was nothing short from magical.

He was involved in the best match of the year, and probably one the most emotional and influential moments at the PPV itself.
Daniel Bryan was the best heel for Kofi Kingston due to their overwhelming chemistry, and they both provided fans one of the greatest and emotional moments in wrestling history.

Kofi’s victory was made all the sweeter when the footage of his trip to his home country Ghana released by the WWE.

He had a great WWE championship run that ended this October by the beast “Brock Lesner”.

Going forward into a new year 2020. We can expect all the wrestling promotions and stars to step it up once more. We can’t wait. 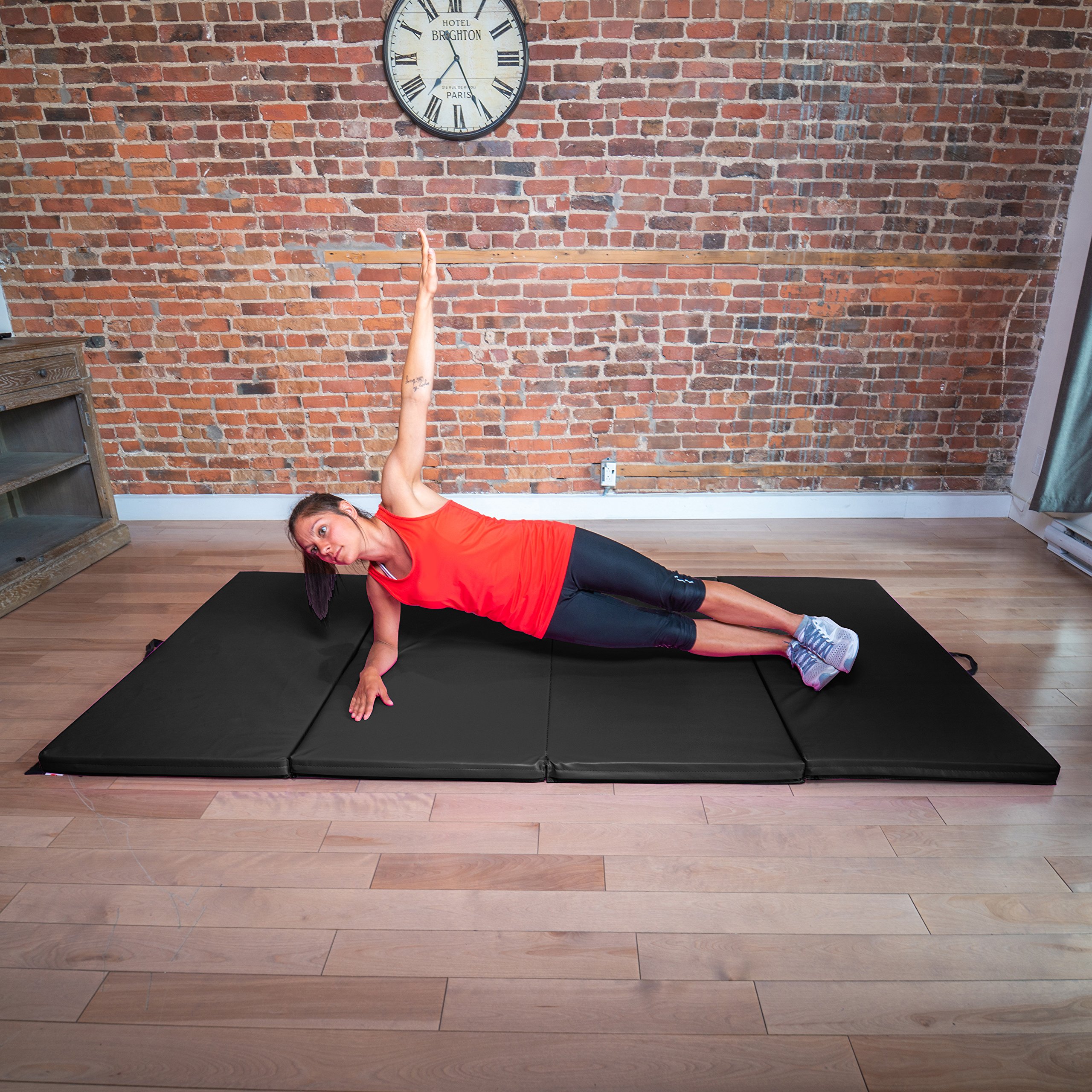 Blood they say is thicker than water. The proof of this statement is very visible...

It is pretty exciting to have big launches and make huge announcements but delivering on...

Signup To Our Newsletter

Get the latest information on the best deals at the cheapest prices.

Thank you for subscribing.

We respect your privacy and take protecting it seriously